This is why we laugh when some people go to Satan and his amanuenses for power of whatever hues, because unbeknownst to such people, Satan only has supernatural powers without authority, but those of us called in truth and indeed by the Lord of lords and King of kings have spiritual power backed by authority. As we have disclosed legionary times in this column, Satan operates without authority devoid of legal right in the supernatural realm, which is slightly above the natural but far and far below the spiritual realm where we the redeemed children of the True Lord God Almighty are seated with our Lord, Master and Savior Jesus Christ as Ephesians 2:6 aptly made it plain: “God raised us up with Christ and seated us with him in the heavenly realms in Christ Jesus,” Hallelujah!

Consequently, since Mr. Oluwarotimi Ibidapo has chickened out of the Ondo 2020 Gubernatorial Election coming up on Saturday October 10, 2020; a fellow Owo man, Mr Oluwarotimi Akeredolu who is the incumbent will win his re-election and serve his second and final term as my prophecy declares. He may have some shortcomings; his uxoriousness and other petty foibles may have rankled some individuals, but when all is said and done, he will have a razor-thin victory in a political artifice of some reckoning Akeredolu will snatch victory out of the jaw of defeat. I have never been to Owo and Ondo State for nearly forty years and thus impossible for me to assess his stewardship in the last four years, but spiritually speaking, he will return and be re-elected on Saturday October 10, 2020 with a slim victory, but a victory is a victory. Again, as I told Rotimi when he came here, Oluwarotimi Ibidapo would have defeated Gov. Oluwarotimi Akeredolu, if the former had thrown his hat to the governorship race with the backing of The Jesus Christ Solution Center, Texas. As Barak told Prophetess Deborah: “Barak said to her, "If you go with me, I will go; but if you don't go with me, I won't go” (Judges 4:8).

The second and final coming of Gov. Oluwarotimi Odunayo Akeredolu in his re-election will foreclose an Owo man or woman from occupying the governorship seat of the Sunshine State for the next 25 years. In other words, no person from my ancestral town of Owo will ever govern Ondo State till 2045. Mr. Oluwarotimi Ibidapo will not and never become the governor of the State forever. Mr Eyitayo Jegede will govern the Sunshine State in his third attempt after 2024 as my prophecy declares.

Seven months ago in this column on Monday March 09,2020, we noted the following inter-alia: “ Before the current governor of Ondo State, Mr. Oluwarotimi Odunayo Akeredolu (SAN) ever contemplated vying for the position, I had prayed to the Lord Jesus Christ Who called me in truth and in deed to grant me a request so that I can put a fellow Owo man as governor of my state. Here is the link to that prophecy as published here and elsewhere: (https://www.modernghana.com/news/618785/gods-prophetic-gift-sidling-up-with-healing-power.html). The True Lord God Almighty granted me my request and the next stage was how to identify that Owo person that should be put at the Alagbaka Government House in Akure. Many candidates signified their intention and Mrs. Olajumoke Ajasin-Anifowose was identified, but because she did not comply with what we told her, she didn't make it. Earlier before her, I had called on Mr. Oluwarotimi Akeredolu to vie for the post and he would succeed. Here is the link to that prophecy calling on him to contest once again after his first attempt four years earlier had failed:- (https://nigeriaworld.com/feature/publication/fayemiwo/051815.html) That was five years ago.

Now that Mr. Akeredolu is about to complete his first term, he should not be politically confident that his second term is a -shoo-in and his re-election a foregone conclusion. He may be surprised. If he does two things as revealed to us by His Majesty on High, he will win re-election by slim margin. If he is bold enough to do the three spiritual things we are instructed to tell him, he will return for his second and final term in a landslide. But first, these are the weighty accusations against him and these accusations can shipwreck his second term ambition to his bemusement and surprise of his supporters in the Sunshine State. Here are the six "crimes" he has to contend with between now and the election on Saturday October 10, 2020. First, pride and arrogance; Mr. Aketi is so confident and sure-footed of his re-election because, to him; he has performed very well. Not so sir! Mr. Akinwumi Ambode performed so well in Lagos State. But I warned him and his aides and prophesied that Ambode would not return for his second and final term as governor of the State of Excellence. Many thought it was a joke, but the rest is history. See link to that prophecy as published in this column: (https://nigeriaworld.com/feature/publication/fayemiwo/102318.html). That was Tuesday October 23, 2018- a year to the governorship election in Lagos State. The Word of Life says it all: "God opposes the proud, but gives grace to the humble" (James 4:6), because "A man's pride will bring him low, but a humble spirit will obtain honor" (Proverbs 29:23). Here is the link to the article as published here in this column https://nigeriaworld.com/feature/publication/fayemiwo/030920.html

Gov. Oluwarotimi Akeredolu should be happy that his kinsman and namesake, Oluwarotimi Ibidapo baulked and failed to keep date with destiny. I congratulate Akeredolu for his second term and re-election on Saturday October 10, 2020 as my prophecy declares, Amen.

PROGRAM NOTES:- A new column will debut in October devoted to historical excursions of our contemporary world. There have been landmark events that have happened especially in my native Nigeria that are feeding off on ignorance, forgetfulness and manipulations. The griot in traditional African society has enriched our historical repertoire via oral history, no matter their fallible, but what do you make of a nation and a people that have abolished the teaching of history? It is sad that many of today’s youth in Nigeria do not know the contemporary history of their nation and this is why I will debut a separate column next month to redress this appalling situation. 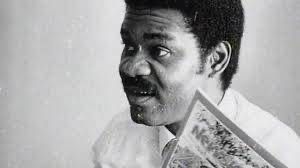 To be known as The Chronicles, it will appear here in the Nigeria-World midweek, that is, every Wednesday. It’s raison d’etre is to bring Nigeria’s contemporary history to fuller understanding and fresh contextual form so that future hagiographers will be put to shame. Our first historical excursion in the new column slated for debut here in the Nigeria World on Wednesday October 07, 2020 is the dastardly murder of Mr Dele Giwa, the founding editor of Newswatch magazine. For 35 years that the lugubrious incident occurred and for many years that all Nigerian Newspapers screamed: Who Killed Dele Giwa, Nigerians at home, in Diaspora and indeed the entire world wait for an answer. We will unmask the perpetrators and the reasons one of the finest wordsmith was cut down in his prime and other arcana of Nigeria’s contemporary life. Keep a date!

DATELINE: OUR E-CONGREGATION KICKS OFF OCTOBER 1, 2020

Finally, our E-Congregation Assembly kicks off on Thursday October 1, 2020 to the Glory of our Lord, Master and Savior Jesus Christ. We are still accepting registrations till the last day of Wednesday September 30, 2020. This is like a Bible College where the Holy Spirit Himself is our Teacher and Instructor as our Lord, Master and Savior Jesus Christ told us: "But the Advocate, the Holy Spirit, whom the Father will send in My Name, will teach you all things and will remind you of everything I have told you" (John 14:26); …He will guide you into all truth. For He will not speak on His Own, but He will speak what He hears, and He will declare to you what is yet to come" (John16:13). Our first semester runs from October to December, 2020 and it is among this pool that we shall recruit future Bible teachers for our online education.

These are the foundation courses for the fall semester 2020: 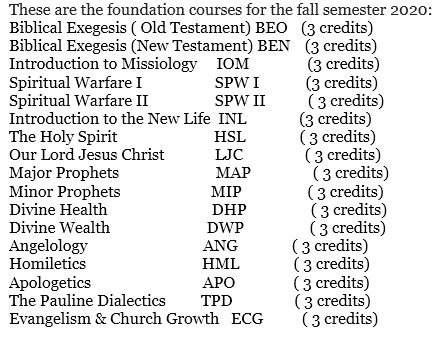 If these are values you cherish and want to instill in your child and or ward very early in life, we implore you to enroll them at the Emmanuel Online Christian Elementary Academy today. It is a quality, tuition-free cutting-edge and faith-based childhood education that is delivered through modern technology to prepare and raise a new generation of vanguards of faith and belief in Jesus Christ as our Lord, Master, and Savior. Click our website on how to enroll your child/ward today: https://tocu.education/

Dr Moshood Ademola Fayemiwo is the Spiritual Head & Founder, The Jesus Christ Solution Center, based in Cameron, TX USA. Call him at this number: 254-605-4035. You can send him email at fayee62@aol.com. You can also visit our websites at: - https://tocu.education/ and https://tocu.online/