TEXAS BREAKTHROUGH 2020:
WHO WILL BE NEXT GOVERNORS OF KOGI AND BAYELSA AND PROPHECY ON THE NEW OLOWO OF OWO?

WHO BECOMES THE NEXT GOVERNOR OF KOGI STATE IN NOVEMBER 2019?

The current governor of Kogi State shouldn't have been the chief executive of the Confluence State as I revealed in this column four years ago. The man who should have been in the saddle is in Kaduna and we told him when he reached out to us in 2014 to relocate and follow the instructions of the Holy Spirit as delivered to us. He refused to walk into his destiny, because of his fear of former Gov. Abubakar Audu whom he thought was a formidable politician, even after we told him and wrote in this column that Audu would be providentially and divinely eased out of the way. Everything we revealed panned out exactly as we wrote in this column half-a-decade ago.

In this column on August 17, 2015 as build up to the governorship slugfest in this state, we wrote inter-alia: "WHO WILL WIN THE GOVERNORSHIP ELECTION IN KOGI 2016? We have done a thorough spiritual analysis on the outcome of the next governorship election in the Confluence State few months ago. What the Holy Spirit showed us then is still the same today and till next January when a new state chief executive will be elected. First, the obvious as revealed by the Holy Spirit; Gov. Idris Wada will not serve a second term as governor next year, period. The incumbent and the PDP will do all in their powers to retain Kogi State in their column but it will be futile. Money, plenty of it will be deplored; thugs and criminal elements will be used and even imported from neighboring states to cause mayhem and confusion, but at the end of it all, there will be a change at the Government House in Lokoja. The battle to wrest power from Gov Wada in the Kogi Governorship Election will not be determined by personality or popularity contest as the Spirit shows us, rather, on geographical representation and permutations.

In this wise, former Gov Abubakar Audu who had governed the state twice will not come back. He is popular and can mobilize the grassroots coupled with his powerful political connections in Abuja, but at the APC primary, he will not succeed. Even if the APC presents him as its flag bearer, at the dying minute, some powerful individuals at the party leadership and at the presidency will orchestrate his removal as governorship candidate. As the Holy Spirit showed us few months ago and He is showing us again for "He is the same yesterday, today and forever" (Hebrews 13:8). The next governor of Kogi State will come from Ebira Land and he will surprise many. He is a dark political horse with credibility and impeccable personality but without the financial muscle of other candidates in the APC but he will fly the party's flag and win. His victory will surprise many and his slim victory will be challenged by Gov Wada at the Election Tribunal but at the end of the day, he will govern Kogi State" (See the web link to the landmark prophecy 90 days to the election as published in this column:-

Now to the next governorship election slated for Saturday November 16, 2019, the winner between the PDP Flag bearer; Engineer Musa Wada and incumbent Yahya Bello of the APC. Here is how it will go; it is going to be fight to finish here, money and plenty of it will be deployed and Bello will rely on Abuja to help him strategically, financially, security-wise and many otherwiseneses. The election will resemble that of the last Osun State Governorship Election between Adeleke and Oyetola which we prophesied would be "inconclusive" as published here in this column on Tuesday, July 24, 2018-90 days to the election and it came to pass exactly as the Holy Spirit showed us:- (https://nigeriaworld.com/feature/publication/fayemiwo/072418.html) 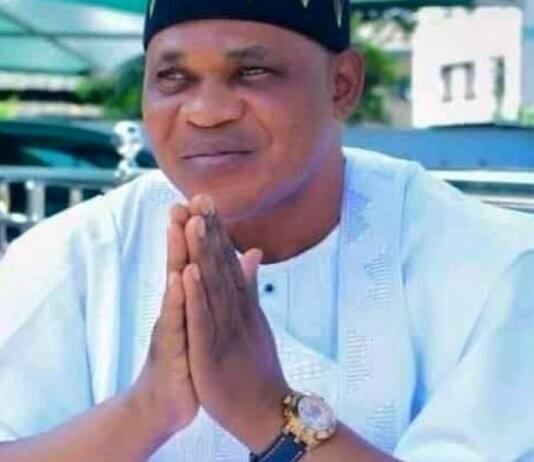 *If Dr Musa Wada, Governorship Flag bearer of the PDP wants to win the Saturday November 16, 2019 in Kogi State hands down, he needs to take three spiritual steps so that the election will not be declared as "inconclusive" by INEC and eventually he will be cheated out of the final results (This is what the Holy Spirit is saying to you, Engineer Wada:" It is not by strength that one prevails" ---I Samuel 2:9;Psalm 33:16 & Ecclesiastes 9:11 because: "This is the word of the Lord to Zerubbabel; Not by might nor by power, but by My Spirit sys the Lord of Hosts"---Zechariah 4:6).

If Engineer Wada wants to win the Saturday November 16, 2019 Governorship Election in Kogi State, he needs to take three spiritual steps and he will defeat incumbent Yahya Bello of the APC outright thus staving off any finagling with the final election results by Abuja and Lokoja. If he refuses to carry out these three spiritual steps between now and the election, he will "win" the governorship election, but he will be cheated out as my prophecy declares.

HERE IS THE NEXT GOVERNOR OF BAYELSA STATE AND DICKSON'S SUCCESSOR 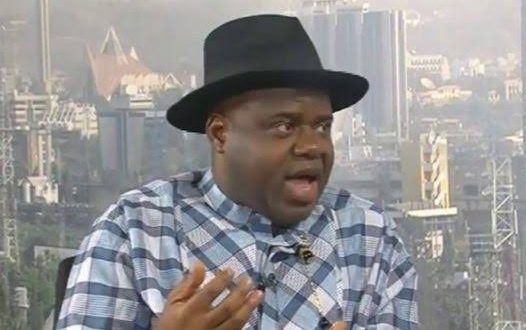 *Sen. Duoye Diri of the PDP is the next governor of Bayelsa State as he will win and win conclusively on Saturday November 16, 2019 as my prophecy declares for as the True Lord God Almighty says: "I am the Lord, and there is no other; apart from me there is no God. I will strengthen you, though you have not acknowledged me"----Isaiah 45:5).

In both the two elections that brought outgoing Governor Seriake Dickson of the PDP to power in Bayelsa State, we prophesied unto him and it came to pass. We were still in Chicago then in 2014 when the True Lord God Almighty showed us the victory of the PDP flag bearer, Mr. Seriake Dickson and we revealed it in this column on Saturday November 07, 2015 as the link here adequately conveyed when it was published here:-

Again we reiterated our shoo-in prophetic utterance on Saturday November 28, 2015:-

In both prophecies, we disclosed that the man who would succeed Dickson would be chosen by Dickson and would be accepted by the rank and file of the PDP. That prophecy will be fulfilled on Saturday November 16, 2019 as the Sovereign Lord God Almighty Who called us in truth and indeed says for His Glory!

THE NEW OLOWO OF OWO NEEDS PRAYERS TO REIGN LONG 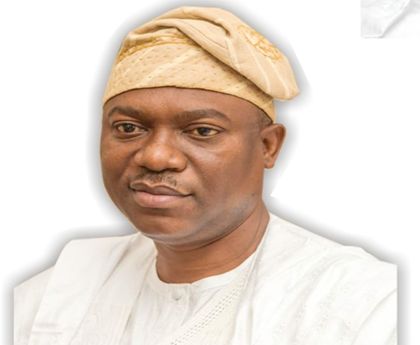 *The newly-crowned Olowo of Owo; His Royal Majesty Oba Ajibade Gbadegesi Ogunoye III needs special prayers for him to reign more than his father; Oba Adekola Ogunoye II who ruled from Tuesday February 06, 1968 to Monday November 02, 1992 as my prophecy declares.
My ancestral hometown of Owo, Ondo State, Western Nigeria has been in convivial mood as a new monarch steps into the shoes of his forefathers as the new Olowo of Owo. For the first time the succession to the revered throne of the Olowo of Owo was peaceful and devoid of rancor and mayhem. His Royal Majesty Oba Ajibade Gbadegesi Ogunoye III becomes the 35th Olowo of Owo. He was my junior at the Government Elementary School, Owo in the early '70s and his reign was foretold when he was a teenager. I had slept in the palace numerous times in those days, especially during the reign of his father, Oba Adekola Ogunoye II. Korede, the son of the orderly to the king who was from Ikare-Akoko and I were friends and we used to leave Government Elementary School, Owo during afternoon break for lunch and after school football. Gbade, who is now the king was nine years old then. I remember in those days when we would refuse to allow him to play football with us. He was a reserved and quiet prince. I congratulate him and my people for choosing him as the new Olowo of Owo.

But we need to pray so that his reign will not be cut short. Yes, he is beloved by the generality of Owo people. His succession to the throne was peaceful and highly acclaimed. He too is planning big for the ancient town of Owo during his reign, but he must decide what to do with the python snake at the thick forest behind the palace (Igbo-Idin) in Owo. There is going to be intense spiritual battle between Darkness and Light very soon as the new Olowo of Owo settles down in the palace. Only those that are spiritually perspicacious will understand what we are talking about here as the Holy Spirit directs. There is going to be spiritual warfare soon right inside the palace as the Old and New Clash and the new Oba will have to take side accordingly. Hear the Words of the Lord my people: "And if it seem evil unto you to serve the Lord, choose you this day whom you will serve; whether the gods which your forefathers served that were on the other side of the flood, or the gods of the Amorites, in whose land ye dwell…" (Joshua 24:15KJV). This is the judgment call of the new Olowo of Owo in this regard.

The peaceful ambience and hitch-free succession was laid by the late Olowo of Owo Oba David Victor Folagbade Olateru-Olagbegi III whom I have the singular honor of ghost-writing his auto biography to the Glory of the Lord and my people should be grateful to Olori Ololade Olateru-Olagbegi whom the Lord God Almighty used to intervene spiritually in the affairs of Owo before and during the Obaship crisis of 1999. Read what the Holy Bible revealed to us in 2 Chronicles 34-36 on the reign of newly-crowned Oba Ajibade Gbadegesi Ogunoye III, the Olowo of Owo Kingdom. Yes, he needs prayers so his reign will not be short and brief and so that he will outlive his mother; Yeyesa Adenike Ogunoye born in 1924 as my prophecy declares.

NEXT WEEK: Special Spiritual Analyses of the Xenophobia in South Africa and what Nigerians Can Do.